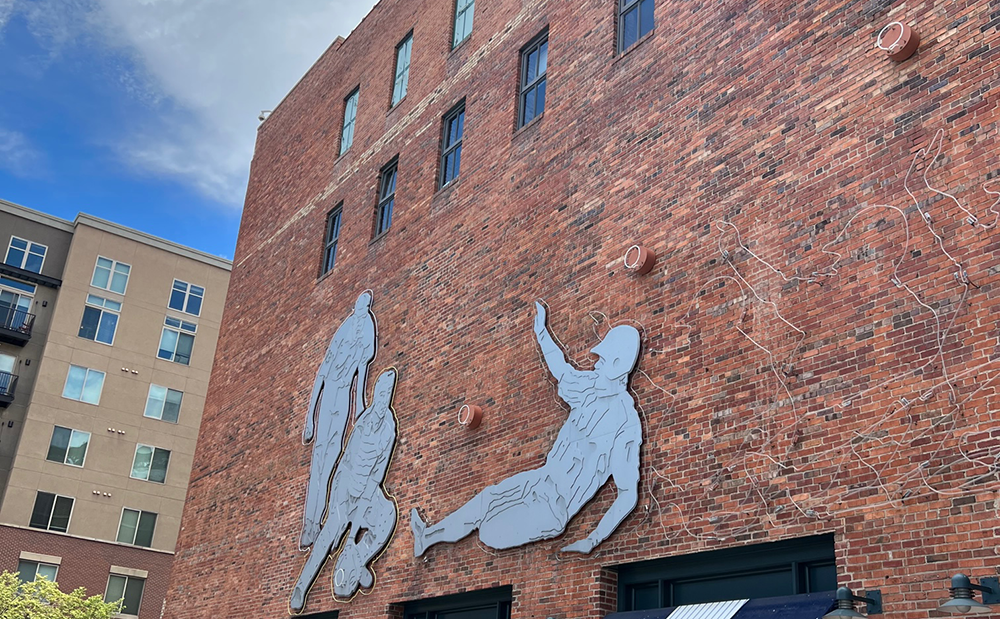 It was a gorgeous, September day in Denver, CO on Sunday.

The sun was shining, but it wasn’t too hot like it has been all summer long. No, Sunday brought a fall crispness to the thin air of Coors Field for the Arizona Diamondbacks as they visited the NL West foe Colorado Rockies.

Neither team was competing for a pennant, let alone the division, standing in 4th and 5th place, respectively. Both teams were woefully under .500 when they assembled at the stadium, and yet, some fans actually came out to the ballpark early.

Young “Craig” and “Liam” (names changed to keep the children anonymous) were absolutely pumped to get to Coors Field early.

The seven and five-year-old were stoked to be at the ballpark with their dad, to smell the grass, soak in the sun, and hear the crack of the ball off the bat.

In a dream scenario, the boys hoped to get a signature or even a baseball, whether that be from a home run, foul ball or even a player tossing them one. Their hope wasn’t novel, most fans – young or old – hope to take home a souvenir, a Major League Baseball game-used ball.

In fact, there’s a grown man on YouTube traveling around to all the MLB stadiums, pushing children out of the way for home runs. He was actually at Coors Field recently and complained about their ushers, but that’s another story for another time.

Back to Liam and Craig.

They showed up to Coors Field about 2 hours early with their dad, simply because they could. The hometown Rockies had already finished warmups, but the visiting Diamondbacks had three pitchers and three catchers warming up in left field.

After the first pitcher finished his warmup, the catcher threw the baseball into the very sparsely filled stands to a kid. That same pitcher went over to Rockies fans and signed autographs.

Then, the second pitcher and catcher finished warmups. The catcher, who engaged in talking to a fan speaking Spanish to him, tossed that youngster a baseball. And then another to an older gentleman in the left field bleachers.

Finally, this was it. Craig, Liam and their dad were the final people in the stands. They were going to get a baseball, right?

The pitcher looked over at the kids multiple times while warming up, then again when he was done throwing. But instead of tossing the ball to the kids – who were wearing their gloves and everything – he pretended to throw them the ball but instead tossed the ball into the fountain area at Coors Field.

The children were immediately hurt.

One burst into tears while the other told the father they’d never go to another Rockies game early again.

"It’s what they’ll remember,” the kids’ dad said of the incident. “I still remember catching a foul ball as a kid at a SkySox game 30 years ago,” he explained.

Of course, the sad situation wasn’t only about the ball itself. Those 9” baseballs with 108 woven stitches can be purchased almost anywhere. It was more about professionalism, doing the right thing and about representing the entire MLB better.

Was the pitcher likely just having a bad day? Sure. But there are certain, small things that happen at a ballpark which can turn a great experience into an awful one. The player did just that on Sunday in the Mile High City.

Baseballs are literally a dime a dozen in the MLB. They go through 120 balls per game, incredibly, plus more in the pregame.

What the player didn’t think about was those kids could be lifelong fans. It could have been a core memory, catching a baseball from a major leaguer, no matter the team.

What he didn’t think about was to keep in mind how the paying customers feel; they’ll always remember that.

MLB attendance is down basically across the country per Sportico; and as the league continues to tweak rules to keep the game interesting, everyone from the Commissioner down to the bullpen pitcher should be working to keep their customers happy.

Especially when visiting the ballpark.