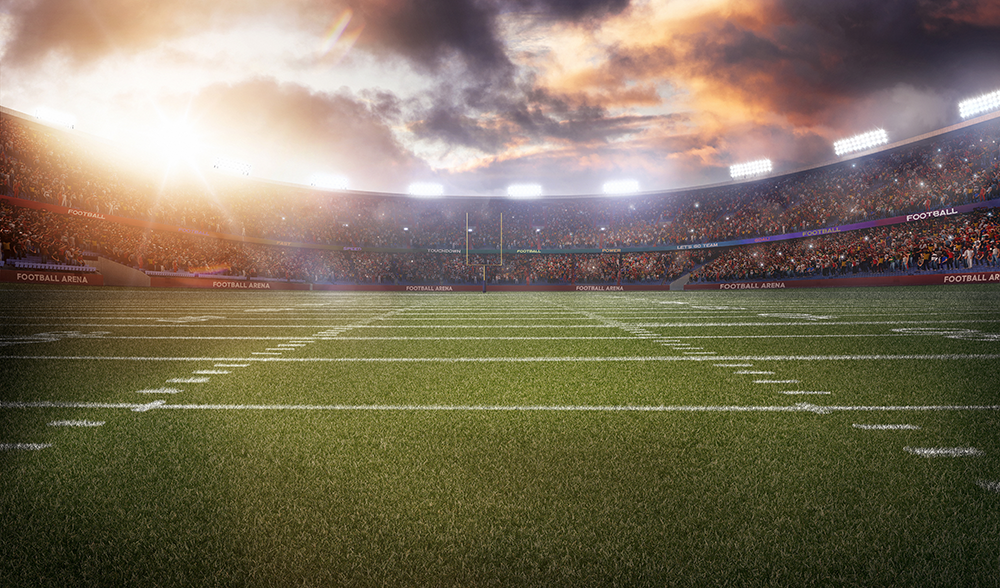 The world of biometrics and where the National Football League meet is not new.

In fact, players have been getting tracked by biometrics readers since 2017. Over the last five years, the NFL has been using that data in fun and exciting ways to thrill their fans.

Then, that data is stored – for the NFL by AWS – and then analyzed or run through machine-learning algorithms to give all kinds of amazing statistics, rankings and more.

Biometrics and the NFL​

Since 2017, the NFL has been able to put out awesome stats around the physical abilities of their players. We can now see exactly where a player ran on the field with GPS. The WHOOP monitors look at a player’s heart rate and even heart strain, and they tracked Kansas City Chiefs quarterback Patrick Mahomes’ heart throughout the 2020 season.

But, let’s take a look at how the league is using the data from those sensors to bring something new to fans.

The league created NFL Next Gen Stats and partnered with Amazon AWS to give fans a whole new way to appreciate and follow the most-popular sport in America.

Let’s look at some of the ways they use the data from the sensors and algorithms:

The NFL displays the speed of their players through NFL Next Gen Stats, showing off the fastest players hitting 20-plus miles per hour.

While there are many fast players in the NFL, knowing the exact speed gives fans something better than “he’s fast!” to say, plus it provides some bragging rights.

Showing where players run on the field​

This one is pretty amazing.

Not only does it show where one player ran on the field, but it can show all the players moving at once, giving their exact location with GPS data.

The below carry chart shows where each one of Miles Sanders’ runs went on Monday Night Football in the Eagles win over the Minnesota Vikings. 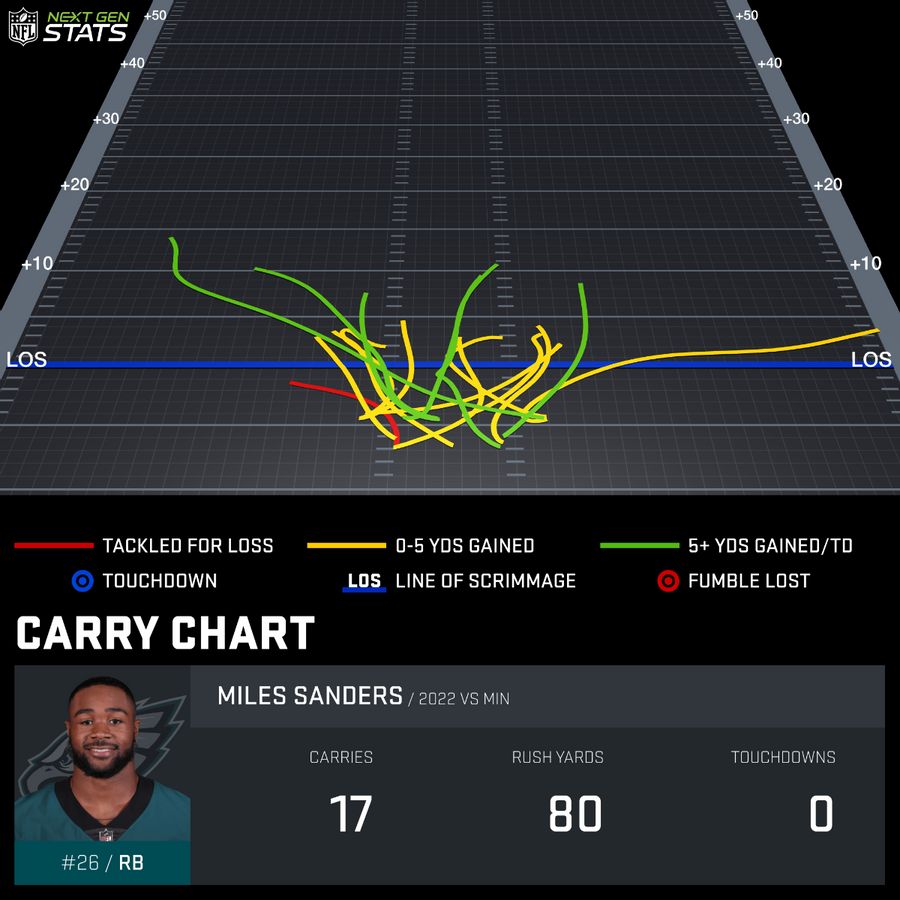 This next chart shows everywhere wide receiver Courtland Sutton lined up in Week 1 against the Seattle Seahawks, where he caught his four passes and yards after the catch, too. 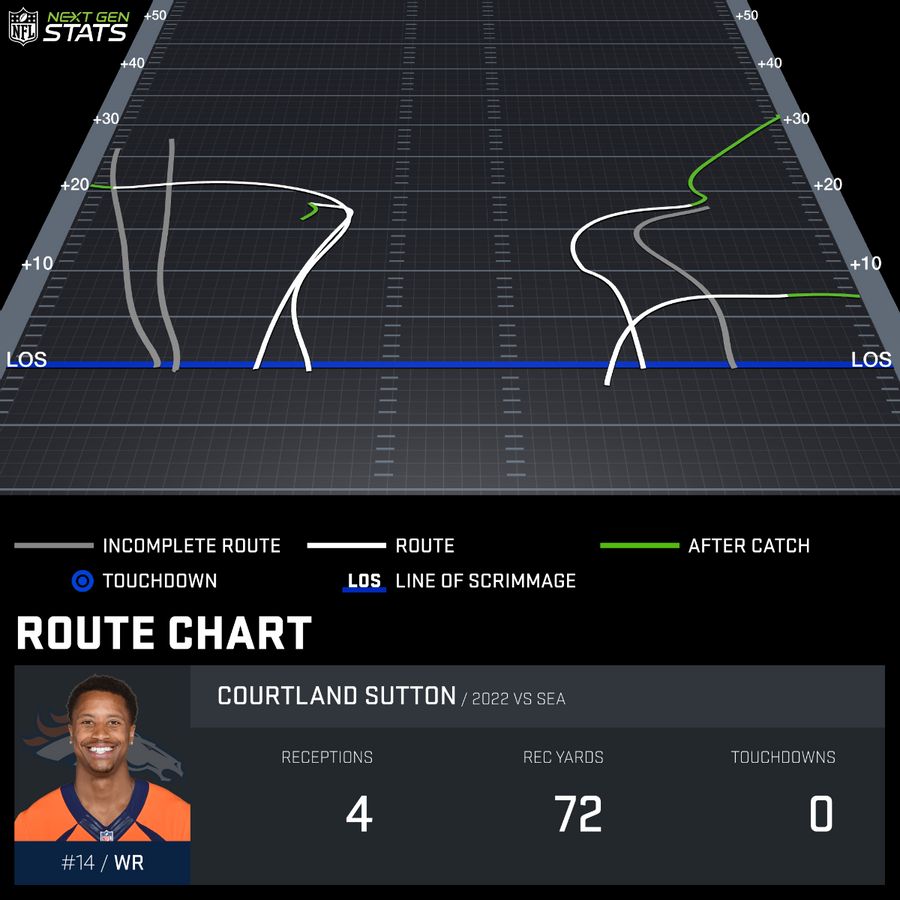 Interestingly, the Broncos lined him up at all four wideout spots during that Week 1 loss.

All kinds of information can be gleaned from these charts, including the simple fact that the routes players take on the field can be incredibly complex.

Finally, if you’ve seen an NFL game this year – or for the last few years – you've probably seen the “Stat That!” ad campaign.

While speed and route charting are relatively simple, Stat That is the group of analytics which need machine-learning and algorithms to calculate.

There are multiple different stats created with the algorithms, including: Passing score, 4th down decisions, completion probability and running yards expected.

Passing score is important to fans because the quarterback is the most valuable and highest-paid player on almost every team. How well is their quarterback doing? The score helps determine that.

4th down decisions are some of the most-difficult ones to make for head coaches. Games can be, and have been, decided on either going for it or not on 4th downs. Next Gen Stats shows which is the right way to go.

Completion probability takes into account the quarterback’s accuracy, his position on the field, if he’s moving or not and more for part of the calculation. Then, they also evaluate the receiver’s position relative to his opponent (separation), catching ability and more.

Finally, expected rushing yards is calculated by looking at the running back’s speed, location on the field, the direction of his blockers and the defenders.

All of the above is because of biometrics!

Our team at Fathym is chock full of football fans. Especially of our hometown Denver Broncos, although the Pittsburgh Steelers, San Francisco 49ers and Las Vegas Raiders are represented as well.

But more importantly, Fathym is diving head first into the biometrics world.

Over the next few months, we’ll be bringing you content about how biometrics and sports intersect, about an exciting company EmotiBit and even how biometrics has a chance to change the world for the better, soon.