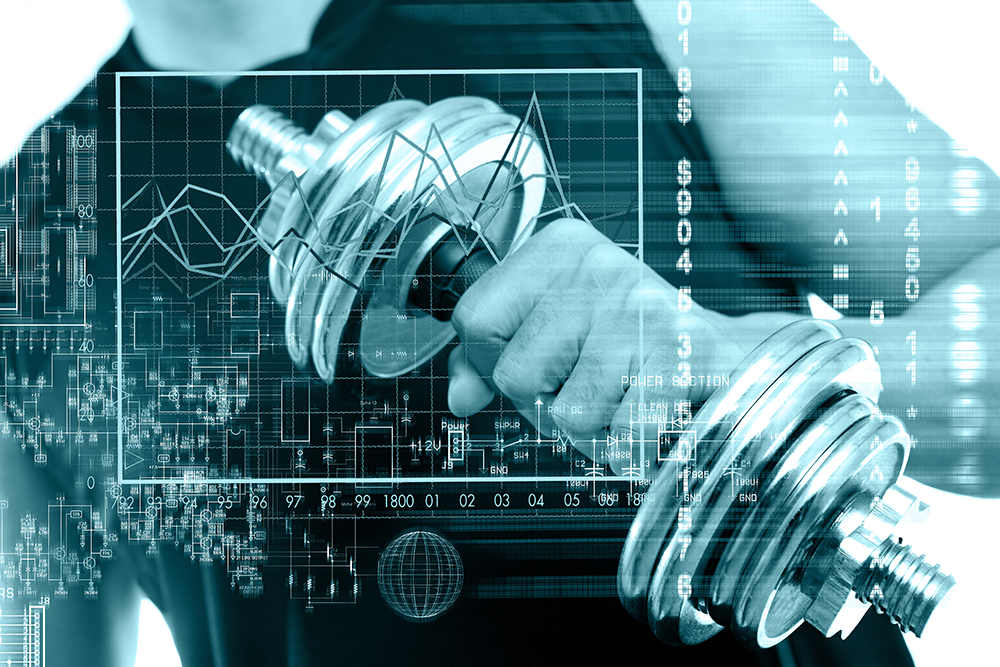 The NFL season kicked off last weekend with lots of expectations and a few plot twists already. Teams like the Dallas Cowboys and the Pittsburgh Steelers lost big name players Dak Prescott and T.J. Watt respectively to injuries for a while.

Before the season though, the biggest plot eye-opener might have been Tom Brady coming out of retirement to resume playing for the Tampa Bay Buccaneers. Brady had retired at the end of the 2021 season in February 2022, but that lasted only 40 days.

Tom Brady was drafted in 2000 by the New England Patriots. He was the 199th pick in the 6th round of the draft. He was a solid draft pick but nothing overly outstanding. He didn’t do so great at the 2000 NFL Combine – an event that is supposed to showcase talent. He was 23 years old and had been playing football since he was in high school. At the time of the draft, it was likely thought he would spend about 10 years in the league as a quarterback is considered “old” by the age of 32.

If Brady were a Mobile Phone​

Let’s think back to what else was happening way back in the year 2000.

That year, the first touchscreen mobile phone was released. It was incredibly basic, nothing like today’s sleek, performative phones. And if you can believe it, the Apple iPhone did not exist yet. It took until 2007 for the first iPhone to be unveiled. Since then, Apple has released 14 models and 33 versions of the iPhone!

So why has the iPhone changed so frequently while Brady has seemingly not and is still playing in the National Football League? He’s 45 years old and about to start his 21st season. He’s been in the league as long as some of the current football players have been alive! And on Sunday, he became the oldest quarterback to ever start an NFL game.

Having Brady in the league is like still using your Nokia 3210 (an earlier mobile phone from 1999)! That phone literally had one year of life and was replaced by the Nokia 3310 in late 2000.

So why hasn’t Tom Brady been “EOL’d”?

End-of-Life (EOL) is a term from manufacturing. The term is used by an original equipment manufacturer (OEM) to indicate a piece of equipment has reached the end of its “useful life” and will no longer maintain the equipment after a specified date. This is most often due to a newer model being released by the manufacturer that replaces the older model.

NFL teams change out players regularly; they are always trying to find the right 53-player roster that works together, always puts the best 11 players on the field, wins the games, gets them to the playoffs and ultimately, wins them the Super Bowl. New college players come on the scene (the new models in the manufacturing scenario), and, with current players (the aging models), they move like chess pieces around the league.

But regardless of where a player plays, for most players, their time playing the game of football is short. According to these stats from stastica.com, the league average is only 3.3 years! Or 4.4 years for quarterbacks.

Tom Brady has defied time – seemingly not getting older, weaker, or slower. He has appeared in 10 Super Bowls and won 7, with the latest coming in 2021 when he was 43 years old!

To put this in perspective, let’s go back to the 2000 draft – there were 6 quarterbacks taken before Brady. Not one of them is still in the league playing. And to further punch this home, there have been 60 quarterbacks drafted in just the first round from 2000-2021 (remember Brady was taken in the 6th round).

More so, those 60 quarterbacks have a combined total yardage stat that is only 12x of Brady! There are 60 of them! Only 2 of them (Patrick Mahomes and Lamar Jackson) can claim a better win percentage than Brady but for only 10% of the quantity of total games Brady has played! Lastly, of those 60, half are not even playing in the league anymore.

So why is Brady still here, still playing at such a high level and still winning?

Third, he usually has a pretty darn good offensive line around him, allowing him to play at his best.

Fourth, and maybe most importantly, he uses science to keep himself at the top of his game.

Let’s go to his website. Right away, you’re met with his tagline “DO WHAT YOU LOVE, LONGER”. It’s all about longevity in his profession.

So, he determined what to do, but exactly how did he do that?

This is where biometrics comes in.

First, the word biometrics is a shortened form of biological measurements. It is the science of collecting and analyzing data points from the human body and turning it into useful information. And this information is what can give an athlete like Tom Brady a competitive edge over his peers, buffer against injury, improve his training, optimize his playing, and defend against “Father Time” from visiting him too soon.

Using a combination of equipment, clothing and sensors (both on and off the body), huge amounts of data can be determined about an athlete. By analyzing that data, corrections can be made to things that hold the athlete back, while things that the athlete is doing well are encouraged and emphasized.

Biometrics don’t ever stop, because the constant monitoring provides a wealth of data that allows the athlete to holistically address issues and maintain positive progress.

In this article from the New England Patriots, it is explained how biometrics are collected from smart clothing.

“TB12's sleep recovery system - which includes night-time apparel and an updated app from Under Armour - fit into the smart clothing category. The innovative short- and long-sleeve shirts and pants help athletes understand and get the most of their sleep. Until now, the lion's share of smart clothing has focused function on athlete monitoring during daylight hours.” 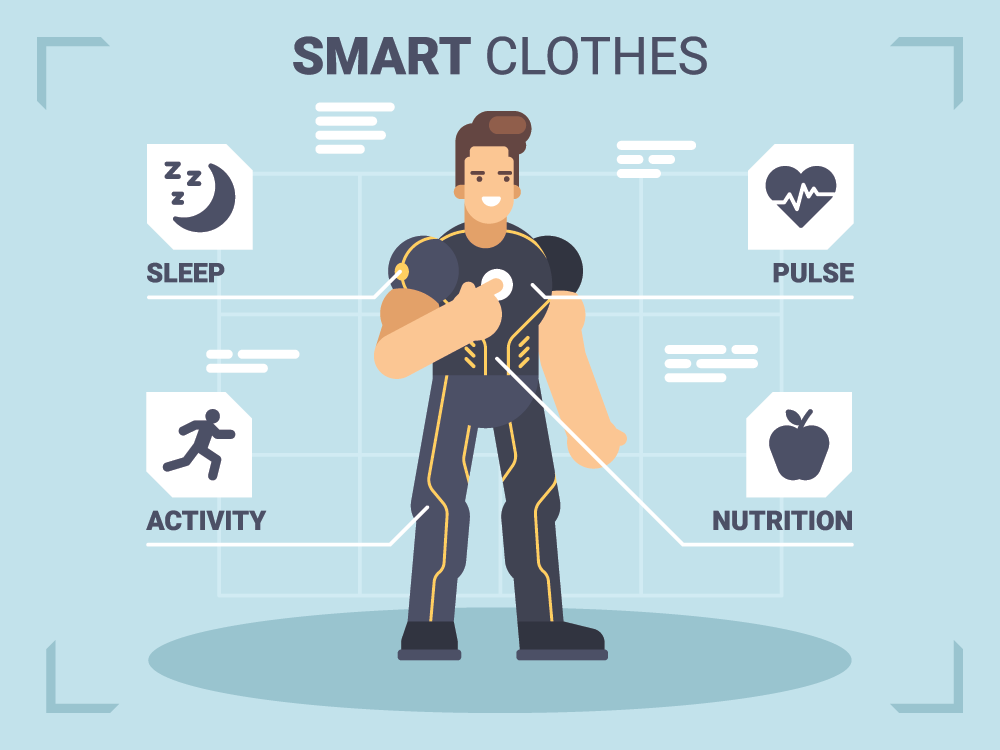 This is a Big Deal​

Longevity in sports is a big deal. It doesn’t often happen. But when it does, we take notice.

Someone is just great at doing something over and over and that’s unusual and amazing. Brady is in the realm of a few other hugely successful athletes like Serena Williams. Along with being recognizable, they are marketable. Athletes become an industry unto themselves.

Brady made $235M with the New England Patriots. He’s making over $40M with Tampa Bay for a couple years' worth of work. And outside of playing football itself, Brady is a force. He has his own company, a lengthy list of valuable endorsements and other endeavors. And we will continue to see him even when he is not playing – he will be an NFL commentator in the future.

The Power of Science​

Tom Brady has harnessed the power of biometrics and is using it to command his way around the NFL again - the Buccaneers won their home opener against the Cowboys last weekend. It must be realized and respected that very few will ever be able to compete at the level Brady is sustaining for as long as he has done so.

Harness Your Own Biometric Power​

The good thing? Other athletes (and us normal humans, too!) can take advantage of biometrics just like Brady does to optimize and hopefully elongate their performance.

When you’re ready to get started, you can use a simple wearable sensor like emotibit, get your data flowing easily with IoT Ensemble, and keep doing what you love, better, faster, stronger.